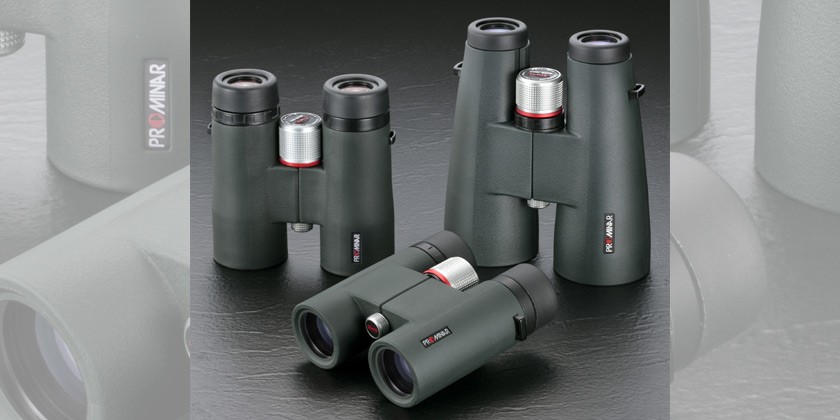 With the BD42-XD's success, Kowa is excited to add five all new binoculars to complete the BD-XD Series in addition to a new lightweight and compact model to the SV Series binoculars. The BD32-XD and BD56-XD, a 32mm and 56mm binocular respectively, are now available in 8x, and 10x magnifications with a 12x option available in the BD56-XD series.

"We are excited to expand the BD-XD binocular series. Our customers have been waiting for both a smaller and larger binocular with Kowa's XD extra-low dispersion glass," says Miles Takahashi, Sales Manager at Kowa American Corporation.

The BD32-XD, BD42-XD, and BD56-XD Series binoculars feature two PROMINAR XD extra-low dispersion lenses that hold high resolution and high contrast properties allowing them to produce only the brightest and clearest images. Customers searching for the perfect mid-range binoculars should look no further than the BD-XD Series. The entire BD-XD Series binoculars are available now through authorized dealers with prices starting as low as $415.00 USD to $720.00 USD.

Kowa American Corp. has also just released a new 25mm budget binocular. The SV25 Series are available in 8x and 10x magnifications weighing in at just 9.1oz, making it the lightest Kowa binocular available. The SV25-8 and SV25-10 feature Kowa's KR and Phase Coatings, also included in the Genesis and BD-XD Series, to protect the lenses and ensure sharp images and contrast. The SV25 Series binoculars are available through authorized Kowa retailers at prices starting as low as $99.00.